How should the responsible investor approach the hydrogen industry? In short: cautiously, and with careful consideration of the specifics of each project.

Horses for Courses: H2 in a Net Zero Economy

The global hydrogen economy is evolving rapidly, and the investment landscape along with it. In June of this year, the International Energy Agency (IEA) noted that “unprecedented levels of investment in hydrogen companies have been mobilised as near-term expectations for hydrogen projects have risen.” As the industry takes off and energy companies continue to enter the hydrogen space, it is crucial for investors to understand the risks and opportunities of investing in the increasingly complex hydrogen supply chain.

The question of hydrogen’s decarbonisation potential depends on several factors encompassing the technical, economic, and political spheres. Each of these will be explored in turn in this paper, seeking to highlight key investor considerations within this rapidly evolving industry.

Hydrogen has been described as the “Swiss Army knife” of energy solutions, which is to say: it can do just about anything, but is not always the best tool for the job. Across sectors, the potential applications of hydrogen are manifold; however, in many of these cases, safer, simpler, and cheaper alternatives exist.

Hydrogen has a critical limitation. During each of the supply chain phases – production; conversion to a compressed or liquid form for storage; and reconversion for end-use – energy is lost. These losses can be quite substantial, and typically render hydrogen a less efficient solution than electrification. For example, while a hydrogen fuel cell can be used to power an electric vehicle, a battery electric vehicle is far more efficient. As we transition to a Net Zero economy, energy efficiency – referred to by the IEA as “the first fuel of a sustainable global energy system” – provides the cleanest and typically lowest cost means of reducing emissions while retaining a reliable energy system.

It is important to note that not all hydrogen use-cases are equal, as reflected by the graphic below. At the top of the ladder are use-cases in which we will likely be heavily dependent on hydrogen for decarbonization, namely, aviation, shipping, and industrial processes. The bottom of the ladder identifies use-cases where electrification is possible, and hydrogen will likely be uncompetitive.

It should be noted that this image does not represent a consensus with regard to hydrogen’s most suitable use-cases, as such a consensus does not yet exist. As most new hydrogen projects are in the early stages of development, company involvement, according to ISS ESG data, currently remains predominantly within the industrial and chemicals sectors (which have been using grey and brown hydrogen for decades), with an increasing number of oil and gas companies also entering the market.

Though the end-use phase is not currently considered from a regulatory perspective – the EU Taxonomy, for example, does not currently exclude any hydrogen use-cases from being considered a sustainable activity – from an investment perspective it should serve as an important consideration. The economic viability of each hydrogen application will depend on its competitiveness relative to other low-carbon alternatives.

Hydrogen is a clean-burning fuel, releasing only water and oxygen as by-products during combustion. The method of production is a critical determinant, however, in whether hydrogen is indeed a means of reducing emissions – and, critically, whether the production of hydrogen stands to extend reliance on fossil fuels.

Whilst hydrogen (H2) is the most abundant element in the universe, it is rarely found in nature in its pure form. Producing hydrogen requires separating it from another substance in which the H2 molecule is present. This process of separation requires energy. This is why hydrogen is often referred to as an energy carrier – much like electricity – rather than an energy source.

There are several ways to produce hydrogen. The ever-expanding ‘hydrogen rainbow’ represents these methods of hydrogen production, which vary substantially in emissions intensity, as well as cost. The most prominent among these methods are displayed in the table below. Note that the ‘capture rate’ refers to the proportion of carbon dioxide emissions which are captured and stored underground.

Grey hydrogen retains the lion’s share of current production, as steam methane reforming is a mature and cost-effective technology which has been in use for decades. While the carbon credentials of blue hydrogen are widely touted (a topic which will be explored in more detail shortly), green hydrogen is the only zero-emissions production method.

The Blue Elephant in the Room

With the currently high cost of producing green hydrogen, many cite the potential for blue H2 – commonly referred to as ‘clean’ or ‘low-carbon’ hydrogen – to serve as a transition fuel. The ‘clean’ credentials of blue hydrogen are increasingly being questioned, however, as are its cost-competitiveness.

For both blue and grey hydrogen, the methane emissions associated with natural gas extraction remain substantial and uncaptured. The reduced emissions intensity of blue hydrogen relative to grey depends largely on the success of the installed carbon capture and storage (CCS) technology. In theory, a sequestration rate of 80-90% is possible with CCS technology; this is the commonly cited target capture rate for blue hydrogen projects. The simple and crucial fact, however, is that such a rate has never been achieved at commercial scale. Moreover, without empirical evidence, it cannot be guaranteed that greenhouse gases stored underground will in fact remain sequestered indefinitely, presenting the risk of leakage.

A recent academic study found that, even assuming best-case capture rates, blue hydrogen is only 9-12% less emissions-intense than grey hydrogen. Without CCS, it is more efficient and less emissions-intense to combust gas directly, as the process of capturing and storing carbon requires additional energy, as does the methane reformation process. The study concludes that, even assuming captured carbon can be stored indefinitely, “the use of blue hydrogen appears difficult to justify on climate grounds.”

In addition to these technical challenges (which translate into environmental risks), the recent gas crisis has substantially impacted the cost of blue hydrogen production. Analysis from the Institute for Energy Economics and Financial Analysis (IEEFA) estimated that the costs considered in 2021 UK government analysis were 36% higher as at May 2022. When the green hydrogen cost curve is also considered, numerous estimates now indicate that green hydrogen will be cheaper than blue by 2030. There is thus a significant risk of stranded assets for blue hydrogen investments. Moreover, a case can be made that producing blue hydrogen serves to extend the lifetime of the gas industry, rather than consistently reducing reliance. All things considered, there is a significant risk that blue hydrogen assets become white elephants.

In addition to technical and economic considerations, the policy environment will be a major determinant of the size and scope of the emerging hydrogen market, with policy being one of the key drivers of clean energy demand – particularly for emerging technologies. The number of countries with hydrogen strategies is rising quickly, from only 3 in 2019 to 17 in 2021, with an additional 20 national strategies underway. The priorities laid out within these strategies – in terms of both production and end-use – will very much inform demand and supply dynamics in the coming decade.

In particular, the political landscape is shaping up to play a significant role in determining which production method will prevail. While green hydrogen remains the most expensive to produce, costs are falling and are expected to continue to fall as the price of electrolysers and renewable electricity decrease, driven by investment in R&D and electrolyser capacity. At the same time, the price of fossil fuel-derived hydrogen is subject to increase depending on policy measures such as carbon prices, renewable-specific demand stimulus measures, or sudden shifts in the fossil fuel market – as we are currently observing amid the global gas crisis.

From an emissions perspective, demand in some markets will also be shaped by regulation. The EU Taxonomy, for example, sets emissions thresholds for the production of hydrogen, which favour green hydrogen – and possibly blue hydrogen, should CCS rates be sufficient to reduce emissions by 73.4% compared to fossil fuel-derived hydrogen. ISS ESG’s EU Taxonomy solution provides company-level data highlighting involvement in the hydrogen supply chain, as well as the level of taxonomy alignment. In addition, the EU’s Renewable Energy Directive II and the Package on Hydrogen and Decarbonised Markets (both under consultation) will include legislated thresholds differentiating renewable hydrogen from low-carbon hydrogen. Investors with an eye on the EU market would be wise to monitor these developments.

A recent and salient example can be seen in the EU’s proposed RePowerEU strategy, drafted following Russia’s invasion of Ukraine. The strategy details “a plan to make Europe independent from Russian fossil fuels well before 2030, starting with gas.” Hydrogen is a key element of this strategy, which includes ambitious targets for renewable hydrogen used in industry and transport, as well as an annual production target of 20 million Mt of renewable hydrogen (equivalent to a third of the energy supplied by Russian gas imports) by 2030 – half of which will be imported. Thus, the renewable hydrogen industry has been afforded some much-needed demand certainty. Shortly after the RePowerEU plan became public, Australian renewable giant Fortescue Future Industries (FFI) signed an ambitious memorandum of understanding with German energy giant E.ON, with FFI seeking to deliver five million tonnes of green hydrogen per year by 2030 – equivalent to a third of the energy currently supplied by Russian gas. As demand certainty grows, so too will the hydrogen industry.

Amid all this complexity, how should the responsible investor approach the hydrogen industry? In short: cautiously, and with careful consideration of the specifics of each project.

The level of future hydrogen demand remains unclear and will be shaped in large part by the policy environment, as well as technological advances. Policy, as well as cost, will determine the viability of blue vs. green hydrogen, as well as demand across certain applications. Remaining aware of the dynamics between policy and demand, as well as technical considerations affecting the likely future cost of blue and green hydrogen, will assist investors in distinguishing opportunity from unnecessary risk. 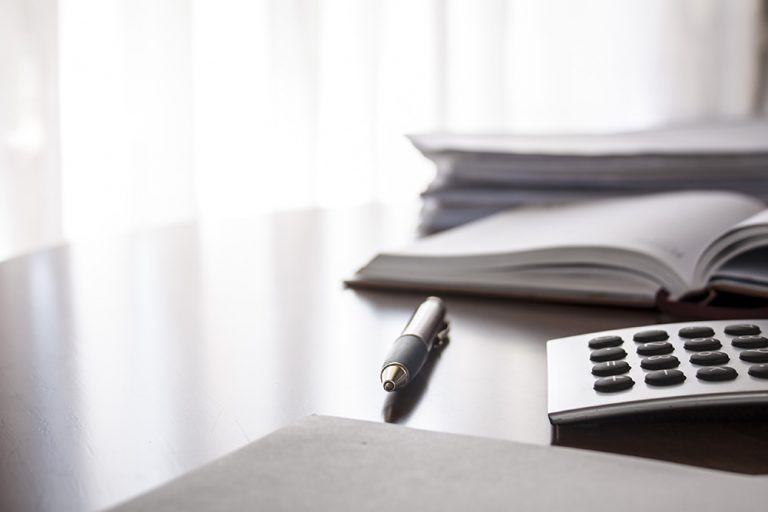 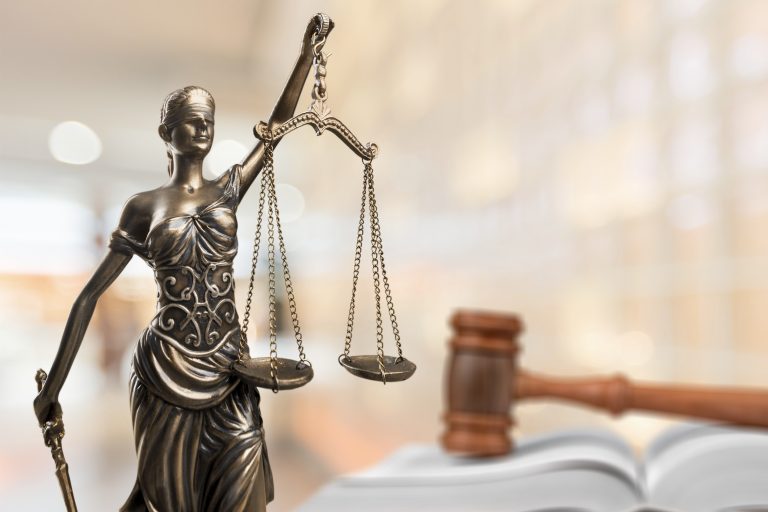 529 Industry Analysis Report: Top Reasons for Not Saving for College

June 29, 2020
Get WEEKLY email ALERTS ON THE LATEST ISS INSIGHTS.