GME highlights the risks of short selling. ESG investors take different approaches, with some avoiding it due to concerns related to values and to market integrity, while others use the tool to further their ESG aims. Wide access to sophisticated financial tools will continue to influence the market

ESG: The S Is Not for Short

How We Got Here

In the first four weeks of 2021 a select few stocks have experienced extreme levels of price movement and volatility. The most famous of these is GameStop (GME), which opened the year trading slightly below $20 per share, and amidst the frenzy and hysteria reached nearly $500 a share the morning of January 28th. The machinery behind this move is of one of the largest short squeeze plays observed in recent history. This saga has played out very publicly with a David vs Goliath feel, with the role of Goliath being played by large financial institutions and hedge funds, and David by a plucky army of retail investors using online and FinTech platforms like Reddit & Robinhood to communicate and coordinate as well as execute their trades.

To simplify the story, many institutions have been/are short GME, which means they are betting that the firm’s value and share price will drop. An army of retail investors have taken issue with this position, and made a conscious decision to support GME irrespective of any realistic assessment of its value. Their approach has been to prop up its value and share price through actively and vocally buying its shares, and alongside this army of retail investors stand plenty of institutions as well.

As the buying continued to pick up momentum and the price of GME shares continued to rise, the call from retail investors became more and more amplified and more and more buyers came onboard, and so on. The messaging is clear, as GME goes up institutions that were betting on its failure would be hurt with losses. GME shares have rocketed higher YTD and even as regulatory and platform restrictions have been announced are still up in excess of 1000%. The illogical exuberance of this exercise is highlighted by the fact that a tiny Australian resources company, GME Resources, has seen its share price soar more than 50%, purely due to a case of mistaken identity with GameStop!

What’s this got to do with ESG?

The practice of short selling is not in and of itself a concern from an environmental, social or governance perspective – it simply represents a buyer and a seller coming to an agreement about exchanges of value in the context of future share price movements.

Supporters of the practice point to the positive role it has played in allowing for faster price discovery in various instances of market failure over the last decade, with the Enron scandal being one of the most popular examples.

Responsible investors have for some time had reservations about the influence that short selling and associated derivative transactions have on the market, however. In 2008 there was a lively debate held at the most senior levels of the UK Church of England’s investment arm, with one senior figure describing short sellers as “bank robbers and asset strippers”. The reputation of short selling has been damaged by the willingness of some practitioners to move on companies with relatively robust financials that are in distressed circumstances through no fault of their own. This perception contributed to a decision in early 2020 by a major Australian superannuation funds to cease the practice of stock lending, an important ingredient in the short selling process, over concerns that short sellers would take advantage of a market already wounded by COVID-19.

The characterization of short selling as a relatively neutral market tool is illustrated by the potential for the practice to be used in support of ESG objectives. One example here is the WWF Stranded Assets Total Return Swap, which the global environmental NGO’s pension fund is using to take a bet on the structural decline of the fossil fuel sector globally. As the links between ESG practices and returns become clearer, it seems likely that more such initiatives will emerge.

The GameStop case is fascinating because it simultaneously illustrates both sides of this argument. On the one hand, the Reddit folk bidding up the GME share price aren’t just in it for the lulz – their initial motivation apparently arose from outrage that a company they loved was being aggressively targeted by short sellers allegedly out to make a quick buck. On the other hand, while their initial objectives appear to have been achieved with short selling firm Melvin Capital exiting its position, there are likely to be a great many small investors who haven’t studied the history of the tulip, and will be harmed by the inevitable collapse of the GME share price once this exercise has reached its natural conclusion.

Where We Go Now

GameStop is just one example of how shorting stocks can go poorly for investors, but there is also a very strong case that has been made that the ability to short stocks is needed and can add liquidity as well as aid in price discovery within the market. As the share of retail vs institutional trading volumes continues to grow, these sophisticated strategies may pose larger risks than previously assessed. This may spark additional regulation for retail brokers to limit the investment tools made available through their platforms, and it is likely that institutions concerned about market stability will be less inclined to lend their stock in future.

The responsible investing cause may be harmed in other ways as well. For instance, commentators have long called for portfolio transparency as a way to ensure that members of a fund are aware of what they are investing in, hopefully leading to more communication between members and management about ESG issues. There is a risk that staged pack attacks such as the current situation with GME might lead institutions to push for less transparency in their mandated holdings disclosure going forward.

Only time will tell how this trade ends, but one thing is for sure, while investing is not a Game, it will never Stop. 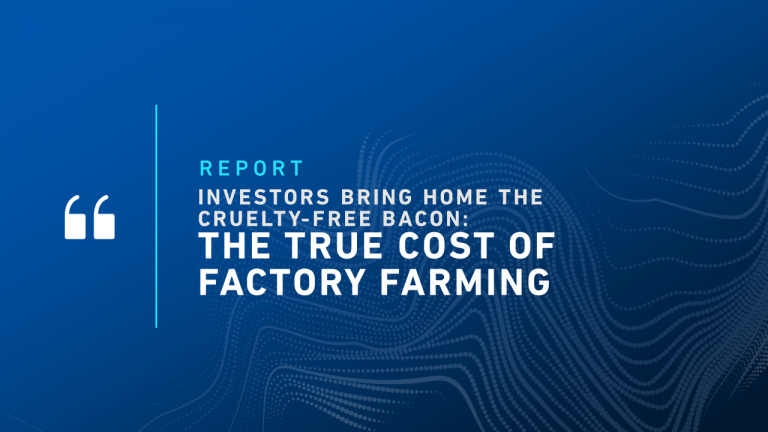 November 12, 2021
Get WEEKLY email ALERTS ON THE LATEST ISS INSIGHTS.