Are we seeing a halt to what was believed to be a relentless march towards passive investing among retail savers?

Going into 2021, many believed that it could finally be the year of the active fund manager. In the couple of months leading into the new year, momentum had shifted away from the large-cap growth stocks that dominated in the first stage of the pandemic. Through the eyes of many analysts, this created the perfect opportunity for stock pickers to identify the companies that were poised to grow the most as the global economy’s recovery from the pandemic gained speed. As it happens, the shift to smaller value stocks was short-lived and it didn’t take long for the large-cap companies to fall back into favour. This didn’t dampen the morale of stock pickers though, as last year presented many opportunities for active fund managers to show why the higher investment fees they charge compared to passive funds were worth the money. 2021 saw the world’s biggest ever vaccine rollout, the rise of new Covid-19 variants, supply chain issues, and a global energy crisis. Throughout all this, active fund managers have been making their case for why investors should trust them with their savings over passive funds. Their proponents claim that the nature of passive funds means that they can’t seize investment opportunities during adverse market conditions in the way that active funds can. This narrative helps explain why we saw a drop in net flows to passive funds in 2021.

Throughout last year, inflows to passive funds via platforms reached £22.9bn whereas active funds brought in £95.0bn over the same period. Both these figures are up considerably from their 2020 totals, though this is partly due to an improvement in Financial Clarity’s data coverage from January 2021 onwards. If we consider net flows instead, we see that passive funds brought in £4.0bn in 2021, down from £4.3bn in 2020. Meanwhile, actively managed funds attracted £6.5bn in aggregate sales in 2021, up from a meagre £7m in net flows the year before.

Whereas quarterly net flows directed to active funds reached new highs in the second and third quarter of last year (£2.3bn and £2.1bn), aggregate sales to passive funds fell to their lowest level in several years. In the third and fourth quarters of 2021, net flows to passive funds only amounted to £570k and £870k, respectively. Are we seeing a halt to what was believed to be a relentless march towards passive investing among retail savers? Or are we learning that UK investors are still quite nervous of passive funds when market conditions are changing rapidly?

*In Financial Clarity’s Q2 release, we improved the platform-channel intermediary-level fund flow data from 2021Q1. This change means that platform inflows from Q1 onwards are expected to be higher.

In the fourth quarter of last year, IA North America displaced IA Mixed Investment 40-85% Shares as the sector with the highest inflows directed to its passive funds (£946m). This also coincided with IA North America passive funds seeing the highest quarterly outflows in recent history (£1.0bn).  As a result, the sector’s passive funds saw net flows fall to -£88.3m in Q4, the lowest of any sector. The Omicron variant, which hit headlines in late November, spooked a lot of investors as it derailed the forecasts of the recovery from the pandemic. This coupled with the monetary tightening from the Federal Reserve made the US capital markets less appealing to UK retail investors in the last months of the year.

IA Mixed Investment 40-85% Shares maintained its position as the sector with the highest net flows in Q4 as it brought in an aggregate £328m. In all of 2021, the sector’s passive funds brought in over £1.8bn in new money. This works out to being about 45% of all new money being moved into passive funds via platforms last year. Interestingly, active funds within IA Mixed Investment 40-85% Shares saw only the third highest net flows in 2021, behind IA Global and IA Volatility Managed. Clearly, there are some sectors that investors view as being ripe for passive funds and others that they would rather a more hands-on approach.

The West Midlands Take an Interest in Passive Funds in Q4

Of the 10 biggest regions in the U.K. by inflows via platforms, the West Midlands became the region the most bought into passive investing in Q4, as savers from that part of the country directed over 26% of their inflows to passive funds. The previous holder of this position, the South West, was overtaken by the West and East Midlands. Meanwhile, the region the least keen on passive funds in Q4 within the list of the 10 biggest regions was Greater London (17%). Scotland and the North East were the two regions that followed London as being the least bought into passive funds. Both saw only 19% of their inflows via platforms being directed to passive funds in the last quarter of 2021. 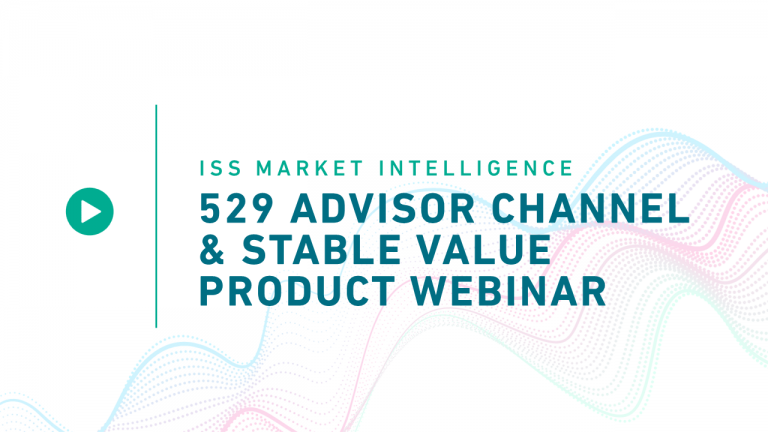 November 4, 2020
Get WEEKLY email ALERTS ON THE LATEST ISS INSIGHTS.