Taking the TOPIX 500 as a reflection of the broader economy, much remains to be done to align Japan with a Net Zero trajectory.

In October 2020 Japan’s then-Prime Minister Yoshihide Suga announced a national target to achieve Net Zero emissions by 2050. As the world’s sixth-largest emitter of greenhouse gases, Japan’s commitment represented a significant step for global climate action. The national Net Zero pledge was followed by a slew of Net Zero declarations from Japanese local governments: as of September 2022, 785 had announced their commitments to Net Zero by 2050, including the major cities of Tokyo, Yokohama, and Kyoto. These local jurisdictions account for 94% of Japan’s population.

ISS ESG has examined the carbon performance of the TOPIX 500, a key Japanese index, to review corporate progress towards Net Zero and to determine where key decarbonisation challenges and opportunities lie. Much like the S&P500, the TOPIX 500 reflects a weighted average of Japan’s 500 most liquid stocks with the largest market capitalisation, and is widely used as a benchmark by institutional investors.

Greenhouse gas (GHG) emission reduction targets are a critical element of any corporate decarbonisation strategy. Such targets should be supported by concrete measures to facilitate their implementation. Figure 1 shows the breakdown of reduction targets published by covered companies within the TOPIX 500 (approximately 98% of the market capitalisation), as assessed by ISS ESG.

ISS ESG considers science-based targets (SBTs), as assessed by the Science-Based Targets Initiative, to reflect best practice within corporate climate target-setting. An ambitious target will cover all material emission scopes and be supported by a suitable decarbonisation strategy, while non-ambitious targets do not meet these criteria. Within the TOPIX 500, 38% of issuers have no target at all, indicating a broad lack of attention to decarbonisation. When non-ambitious targets are also considered, more than 50% of issuers within the index appear to be doing little to contribute to Japan’s Net Zero ambition. Investors may wish to engage with these issuers around target setting as a first step in establishing a comprehensive decarbonisation strategy.

Scenario analysis is an analytical tool used to estimate the future alignment of a particular company or portfolio with a plausible future world state, i.e., scenario. ISS ESG’s Climate Impact Report provides portfolio-level scenario analysis, which assesses performance within the climate scenarios provided by the International Energy Agency (IEA) in its annual World Energy Outlook (WEO21). These include the Sustainable Development Scenario (SDS), Announced Pledges Scenario (APS), and the Stated Policies Scenario (STEPS). None of these scenarios are aligned with Net Zero by 2050.

Each scenario has an associated carbon budget, which is the amount of carbon dioxide that can be combusted worldwide to limit global temperature rise to a certain level by the end of the century. To facilitate scenario analysis, the global carbon budget is first broken down to the sector level and then to the issuer level based on sectoral market share. Issuer-level budgets are then aggregated to calculate the portfolio budget for each scenario, represented by the shaded areas in the below graph.

As illustrated by the solid line in the graph above, the TOPIX 500 exceeds its SDS budget in 2042, but remains within the allocated budget for the APS scenario. The TOPIX 500 is currently associated with an estimated 2°C temperature rise by 2050 and is therefore not considered to be aligned with a Net Zero by 2050 trajectory.

Examining the emissions profile by sector, as in Figure 4 below, is a useful way in which to identify where key decarbonisation challenges and opportunities lie.

Manufacturing is a key Japanese industry, responsible for about 20% of Japan’s GDP. Accordingly, the Materials sector contributes the largest share of GHG emissions. This sector includes companies manufacturing chemicals, steel, pulp and paper, plastic packaging, glass, aluminium, cement, and other construction materials. The Utilities sector follows with the second-highest share of GHG emissions, likely explained by the dominance of fossil fuels within Japan’s electricity mix. Decarbonisation within these sectors will prove crucial to the shift towards Net Zero.

The Materials sector encompasses a number of ‘hard-to-abate’ heavy industry subsectors, including steel, cement, and chemicals manufacturing. Decarbonisation of these key processes will prove critical to the achievement of Japan’s Net Zero ambitions, particularly given the anticipated growth in demand for materials such as steel and cement to support the transition to a low-carbon economy.

Technical factors, such as the need for very high heat for processing, are the main source of difficulty in decarbonising heavy industry, as well as the fact that processes such as steel and chemicals production currently rely on fossil fuels not only as a fuel, but also as a feedstock. These challenges are not unique to Japan; global efforts are underway to develop technically and economically viable decarbonisation solutions for materials production.

With the decarbonisation challenge, however, comes an opportunity for investors. Substantial investment is required in innovative low-carbon solutions, as well as in carbon capture and storage technologies for those process emissions which cannot otherwise be eliminated. Japan is particularly well-placed to develop solutions for hard-to-abate sectors, with its “strong track record of innovation and its favorable financial conditions that are conducive to stimulating investment in clean energy,” as described by the IEA. Moves to capitalise on this opportunity can already be observed within Japan’s private sector, with key steel producers, for example, having formed a consortium to develop innovative, low-carbon steel manufacturing methods.

A decarbonised future economy requires a transition in the energy generation mix from fossil fuels to renewable sources. Following the Great East Japan Earthquake, which led to the Fukushima nuclear accident in 2011, reliance on nuclear energy has decreased significantly, while dependence on fossil fuels has grown.

Japan’s continued dependence on coal could be observed at the COP26 climate conference in Glasgow in 2021. While Japan was a leader in funding climate action in developing countries, it was not among the 46 countries that pledged to phase out coal by the 2040s. Instead, Prime Minister Fumio Kishida stressed Japan’s strategy to achieve its Net Zero target by converting existing fossil fuel-fired power plants to zero-emissions thermal power.

Japan’s energy mix indicates how ambitious the country’s Net Zero target truly is. Figure 5 shows a breakdown of total power output by source within the TOPIX 500, as of 2020. The share of fossil fuels in total power output exceeds 80%, with renewables delivering only 12% of power.

While Japan’s limited renewable potential and reliance on imported energy are often cited as key challenges for decarbonisation, recent analysis shows that Japan has sufficient renewable energy potential to power the entire country.

Under the government’s ‘ambitious outlook’ for power in 2030 — as outlined in Japan’s 6th Strategic Energy Plan, published in October 2021 — renewables will increase their share of electricity generation to 36-38%, while gas, coal, and oil retain a cumulative share of more than 40%. In addition to expanding renewables, nuclear power will be re-established; the plan also positions zero-emissions thermal power as a relevant power source for the future.

Zero-emissions thermal power involves fully or partially substituting coal or gas in power plants with hydrogen or ammonia, fuels that do not emit carbon upon combustion. Critically, the hydrogen or ammonia must be produced using renewable energy to truly provide a zero-carbon solution.

For fossil-based hydrogen to offer a low-carbon solution, approximately 90% of process emissions must be captured and stored — a rate yet to be consistently achieved at a commercial scale anywhere in the world. Moreover, using hydrogen for power generation is highly inefficient. Fuel of some kind — either renewable electricity, natural gas, or coal — is needed to produce hydrogen.

The conversion from power to gas, then back to power, involves substantial energy loss; this is particularly inefficient, as well as more costly for power generation, because the original fuel source could otherwise be used directly. For details on the emissions intensity of hydrogen production methods, efficiency of hydrogen applications, and implications for investors, see ISS ESG’s July 2022 report Horses for Courses: H2 in a Net Zero Economy.

“I encourage Japan to also accelerate its energy transition in sectors where low-carbon alternatives are already available, notably in the power sector. Wind and geothermal power have large potential in Japan and can complement the emissions reductions being achieved through the expansion of nuclear and solar energy.”

Japan’s journey to Net Zero presents both challenges and opportunities. Opportunities for innovation abound, particularly within the materials sector. The power sector must undergo deep decarbonisation if Japan is to realise its Net Zero ambitions, however.

Despite zero-emissions thermal technologies’ central role in the Strategic Energy Plan, investors may wish to approach investments in such technologies with caution, particularly given the potential for lower-cost domestic renewable production, which may offer a more favorable solution both in terms of energy security and emissions intensity.

Revisions in 2021 to Japan’s Corporate Governance Code place a stronger focus on sustainability, requiring prime market-listed companies to provide climate-related disclosure in line with international standards, such as those of the Task Force on Climate-Related Financial Disclosures (TCFD). These revisions increase regulatory pressure for corporations to improve their climate disclosure and strategies. Investors can also encourage climate disclosure and related policies through active engagement and stewardship practices, particularly regarding emissions reduction targets, which will be crucial to the broader adoption of low-emissions priorities.

Taking the TOPIX 500 as a reflection of the broader economy, much remains to be done to align Japan with a Net Zero trajectory. Investors can play a role in this process, both by engaging with companies to improve their decarbonisation strategies and by supporting the efficient reallocation of capital towards technologies that will enable a low-carbon energy system. ISS ESG products such as Climate Solutions and Energy & Extractives Screening can support investors in such activities. 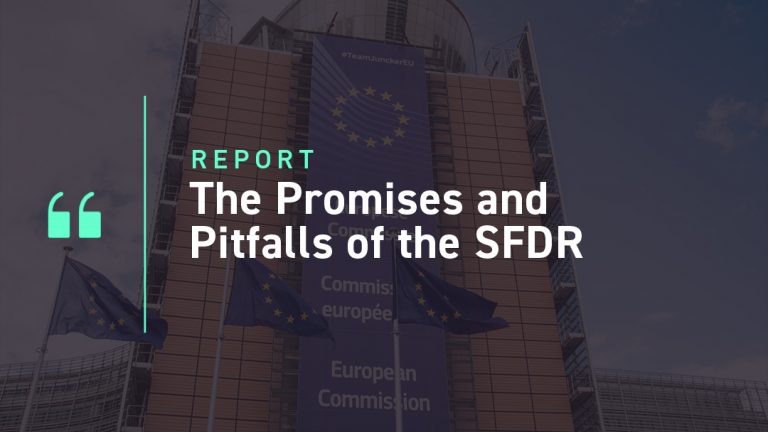 The Promises and Pitfalls of the SFDR 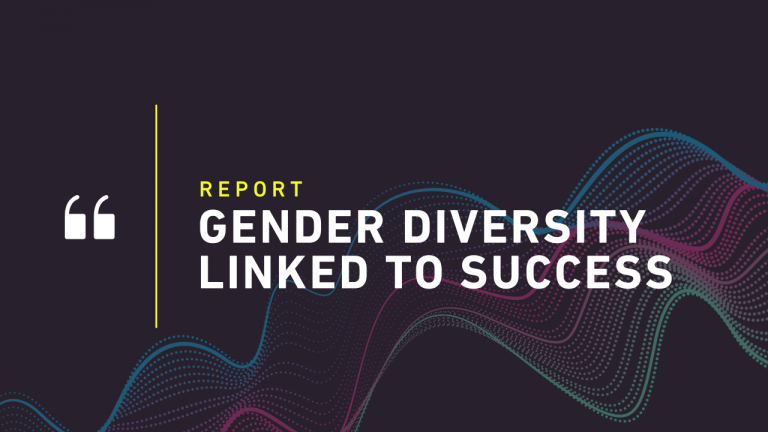 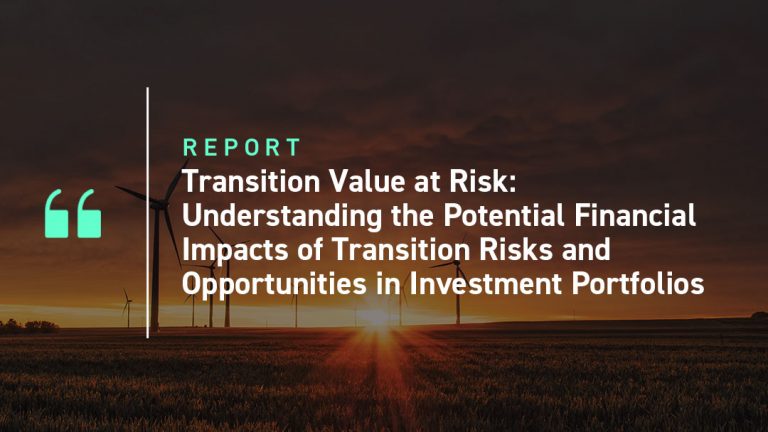 May 16, 2022
Get WEEKLY email ALERTS ON THE LATEST ISS INSIGHTS.