To this day, Enron remains the poster child for corporate scandal, as well as the largest investor-related class action settlement.

20 Years Later: Why the Enron Scandal Still Matters to Investors

In what is still regarded as the largest U.S. corporate fraud in history, the Enron scandal “celebrates” its 20th anniversary this month.

It was October 16, 2001 when Enron announced a $638 million third quarter loss, confirming a handful of whispers on Wall Street from those who were skeptical of Enron’s growth. This same day, the company first disclosed it would require a restatement of its earnings from a four-year period, 1997 to 2000, to correct accounting violations. And just six days later, on October 22nd, Enron acknowledged a U.S. Securities and Exchange Commission inquiry into its accounting practices. Simultaneously, shareholders alleged massive fraud with the filing of their first complaint in the United States District Court for the Southern District of Texas. Years later, the investor class action led to more than $7.2 billion in settlements – across various defendants including its directors, investment banks, law firm, and auditor.

Moreover, the SEC created a $450 million Fair Fund to further compensate wronged shareholders, showcasing that the fraud was so prevalent and damaging that they had to step in to redress the wrongs above what the individual settlements already compensated.

The provision of creating a “Fair Fund” was the result of the Sarbanes-Oxley Act of 2002. One could say that if any good came of the accounting scandals from Enron and WorldCom, it was the creation of Sarbanes-Oxley. The Sarbanes-Oxley Act allows the distribution of a company’s wrongful profits (disgorgements), penalties, and fines back to defrauded investors. In an attempt to mitigate future scandals, in addition to the “Fair Fund” creation noted above, “SOX” also included the creation of the Public Company Accounting Oversight Board. This Board established – in part – accounting standards, restricted auditors from providing non-audit services, and added provisions for audit committee members to be independent.

Another positive result from the Enron case, one can also argue is that this highly publicized scandal truly opened the eyes of investors as it relates to the importance of participating in shareholder class actions. It became an important settlement for so many reasons – the high dollar value, awareness across the media and industry due to the incredible pain and losses suffered by investors, and the accountability of multiple Enron partners across multiple parties.

Prior to the Enron settlement, many institutional investors failed to participate in the claims filing process of a class action… believing the complicated process was not worth the likely small recovery amounts. In fact, an academic paper from 2002 by professors from Duke University and Vanderbilt University focused on investors failing to participate in the claims filing process. The paper touched upon, in part, both the fiduciary and legal obligations of participation in shareholder class actions by institutional investors. The paper concluded that “institutional investors have a duty to file claims in settlements, except (in)… rare instances where their cost-benefit calculations show filing to be unjustified.”

And while shareholder class actions can, at times, be difficult to navigate – settlements such as Enron, WorldCom, AOL Time Warner, and many others can bring meaningful recoveries and offset a large percentage of previous losses. As such, it is critically important for institutional investors to have a policy in place and / or partner with a firm who can successfully monitor all litigation and file claims, where eligible.

To this day, Enron remains the poster child for corporate scandal, as well as the largest investor-related class action settlement.

In the 20 years since the Enron scandal came to light, shareholders and their attorneys have negotiated settlements totaling $140 billion[1]from investor related cases. This is truly an astonishing amount and there are significant examples of mutual funds, pension funds, and other asset management firms experiencing a positive NAV from recoveries.

With large recoveries available each year, the Enron case provided institutional investors with the necessary wake-up call as to why it is important to, at the least, monitor litigation. While the claims filing process may be challenging, where else can individuals or firms recover lost assets without the requirement of hiring an attorney and participating in court proceedings?  The claims filing process may be difficult at times, but navigating a litigation through the Court is an even more complex procedure with fewer guarantees of recovery.

And while accounting scandals and other types of corporate fraud clearly did not end with Enron – there will always be individuals trying to skirt the system – it is a relief for institutional investors to have a remedy of recovering lost assets.

The failure of investors to participate in shareholder class actions, where eligible, is clearly “leaving money on the table.” 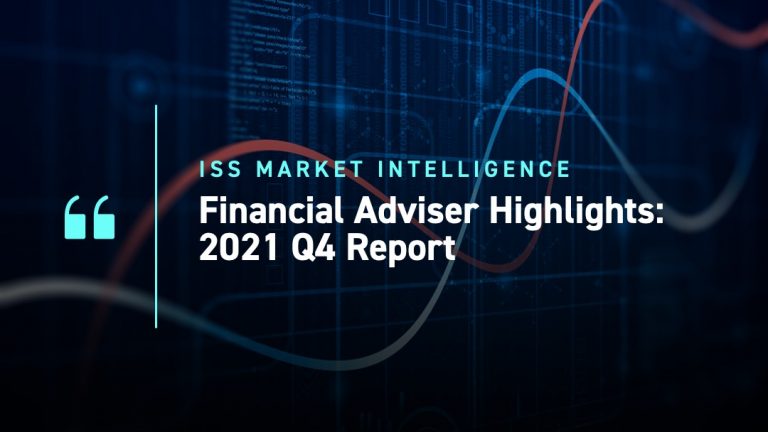 March 9, 2022
Get WEEKLY email ALERTS ON THE LATEST ISS INSIGHTS.