Are We Cooking the Books with Methane? How Greenhouse Gas (GHG) Exchange Rates May Be Undermining Net Zero Targets

Methane is the less well-known but more potent greenhouse gas brother of CO2, and its role in climate forcing has been hotly debated recently. A new study suggests that current greenhouse gas accounting practices may underestimate methane’s impact on the Earth’s temperature. Here is what climate-aware investors need to know.

The chemical compound methane (CH4) is the second largest source of global warming after carbon dioxide (CO2). The main sources of anthropogenic methane emissions are the agricultural and energy sectors. In agriculture, methane originates from cattle rumination and the use of sewage sludge as fertilizer, whereas methane emissions occur along the entire value chain in energy generation, especially in oil and gas operations: from hydraulic fracturing in the pre-production phase; fugitive emissions in the extraction phase; and venting and leaks in the transmission, storage, and distribution phases. Research suggests that anthropogenic methane emissions may be underestimated, and studies have been able to document the rapidly increasing accumulation of methane in the atmosphere, passing 1,900 parts per billion (ppb) last year, almost triple pre-industrial methane levels. These and other developments led, in the wake of COP26, to the launch of the Global Methane Pledge, signed by over 100 countries, including the United States and the European Union. The collective goal of the pledge is to reduce methane emissions from 2020 levels by at least 30 percent by 2030, which is estimated to reduce global warming by at least 0.2 degrees Celsius by 2050.

Methane’s standing in climate target setting is being challenged

Different GHGs have different effects on the Earth’s warming. Two ways in which gases differ from each other are their ability to absorb energy (i.e., “radiative efficiency”), and how long they stay in the atmosphere (i.e., “lifetime”). For example, CO2 emissions last in the atmosphere for 300-1000 years, whereas methane is short-lived and only has a lifetime of about 12 years. To make the planet-warming impact of methane emissions comparable to other GHGs, the Intergovernmental Panel on Climate Change (IPCC) introduced an ‘exchange rate’ called Global Warming Potential (GWP) as early as 1989, and has updated it in their Assessment Reports (AR) on a regular basis as new scientific evidence became available.

GWP thus paved the way for the ‘common currency’ of carbon accounting, carbon dioxide equivalents (CO2e), which expresses the impact of each greenhouse gas on global warming in terms of CO2 – thus providing a common scale for measuring the climate impact of different GHGs. Given its ease of use, CO2e became a widely adopted methodological foundation for sovereign and corporate reporting on GHG emissions and the setting of respective reduction targets.

However, while the simplistic GWP has been contended from the start, researchers at Stanford University are now questioning whether we are applying the right exchange rate to convert methane into the common currency of CO2 -equivalents. This is especially important when the data forms the basis for setting climate targets. As can be seen from the table above, a critical factor that determines the GWP of a gas is the time horizon over which the potential is calculated – the most commonly used being 100 years. According to the Stanford study, this is strongly at odds with the time horizons aligning with the 1.5°C global warming goal of the Paris Agreement (24 years), meaning methane’s GWP may be underestimated by as much as 63%.

To illustrate the importance of this exchange rate, ISS ESG applied different GWPs to the methane emissions of the largest corporate emitters in the oil & gas industry reporting to the CDP:

Figure 1: Largest methane-emitters in the oil & gas industry that report to the CDP. Methane emissions are recalculated based on different GWPs

Most corporates that disclose a breakdown of GHG emissions use the framework provided by the GHG Protocol, which recognizes the uncertainties inherent with GWP, but nevertheless in 2013 recommended a time horizon of 100 years.

The 100-year time horizon and the respective GWP is not necessarily a problem per se, but it does provide an opportunity for methane-intensive businesses to report favorably low GHG emissions, expressed in CO2-equivalents. And if the Stanford scientists are correct, then any GHG reduction target based on such GHG numbers may not be in line with the scientific climate scenarios that chart a pathway to limit global warming to 1.5°C.

This leaves corporates and investors with two options: setting separate targets for the reduction of methane emissions – as recently suggested by researchers at Cranfield University and in the Science-based Targets Initiative’s guidance for the oil & gas industry – or aligning the time horizon of the GWP with the time horizon of the scenario under which targets are set.

Either way, the discussion highlights the need for more and better-quality corporate climate disclosure explicitly reporting emissions from separate GHGs and the GWPs applied. It remains to be seen how such disclosure will be incorporated into target setting protocols by investor-level frameworks, such as the Net Zero Asset Owner Alliance, if the findings are further corroborated. 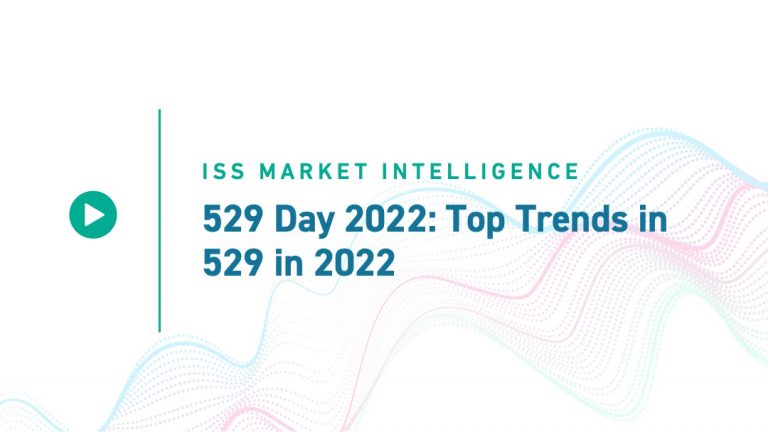 July 7, 2020
Get WEEKLY email ALERTS ON THE LATEST ISS INSIGHTS.